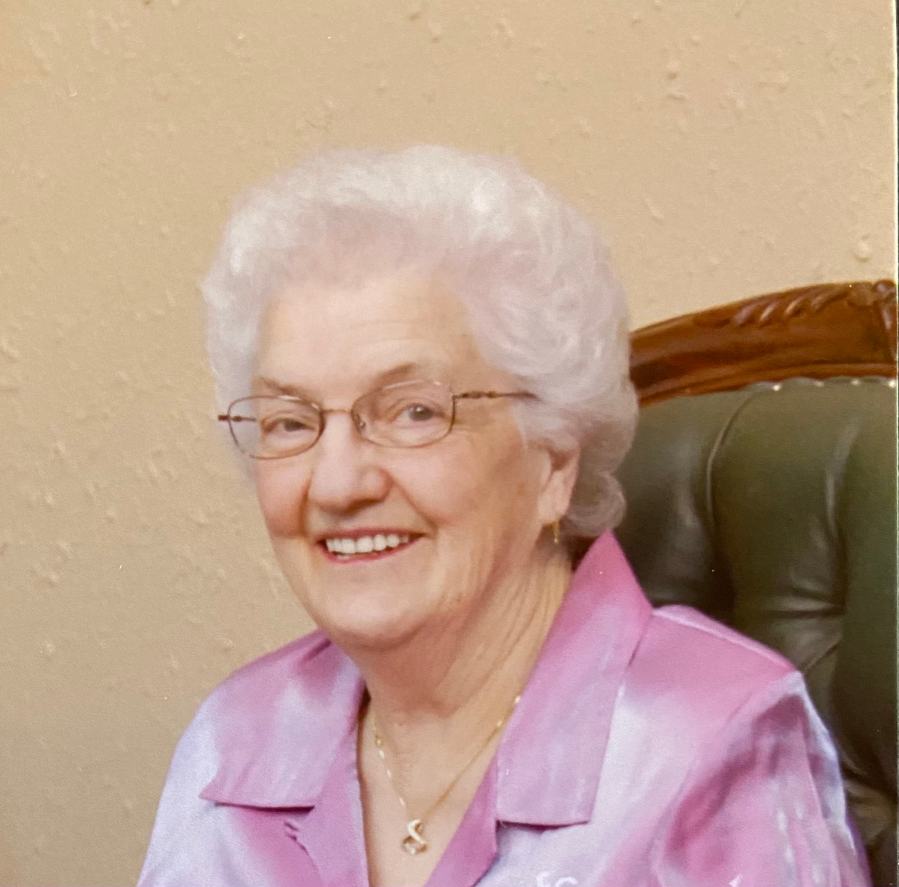 Yesterday, my family celebrated my Grandma’s life, and below is a copy of the eulogy I shared. From a “maybe there’s more” perspective, the excerpt I’m trying to hold onto is that perhaps we’d all be better people if we channeled the attitudes of grandparents who have managed past the harder parts of raising kids and making a living…onto having more capacity for being both playful and patient.

I’m feeling a big weight of responsibility today, not just because I’m giving this tribute on the family’s behalf…but also because I hope we can do Netta — my Grandma — justice today as we celebrate her life on behalf of all those who went before her. It’s quite something to live until 98. Unfortunately, a side effect of such a long life is that many people pass before you. I entered adulthood at about the same time Grandma seemed to be attending funerals regularly, and I often wondered if she felt increasingly alone.

But if we know one thing about Net, it’s that she did what was needed – regardless of how difficult it was. She was a “keep on keeping on” kind of woman.

Sometimes, that attitude came with a no-nonsense, “just the facts” approach. You’ll probably not hear from Net’s kids that there was a ton of affection from their mom, but she showed her love in other ways. And her caring extended in many directions.

As a neighbour recently remarked, Netta was a backbone in the community. Settling in the Ripley district as schoolteacher, it wasn’t only a local man named Roy whose life she changed (though he was the only one she married!). She spent decades organizing and participating in various sports, games, holiday celebrations, and community picnics. I loved being at her house and seeing someone drive up; people always seemed to be stopping by for coffee, a talk, a game of cards. Or all three.

My mom and her siblings have been saying over the last few days that many of their memories of their mom are accompanied by memories of their dad. But I don’t think it’s because he overshadowed her. After all, this was a woman who knew her own mind. Following high school graduation in 1939, Netta enlisted in the Air Force and became a Morse code instructor for Allied pilots. I recall a story of how she helped a couple of lost airmen get out of questionable airspace and back to where they were meant to be.

Later, when she became a teacher and then a wife, mom, grandma, and great-grandma, she retained her ability to give directions. She became known for phrases like, “If it’s worth doing, it’s worth doing right.” One of the jobs she had strong feelings about was baling hay. While Shelley fell asleep on the back fender of the tractor, Grandma was meticulous about getting every last bit of crop. And when her views about how to do things didn’t align to Grandpa’s, she wasn’t shy about telling him.

As it happens, they told each other a lot of things about how to work. Often quite loudly, and often with emphatic gestures. Arguing was one of their hobbies — and I’m not being sarcastic when I say they were good at it. Listening to them usually seemed more laughable than troubling, and they seemed to know when to give each other a win. Married for more than 55 years, their values and quirks were complementary, and I think that says a lot about who they each were as individuals, as well as a couple. They were a team in their work, their social circles, and their home.

They also had several conventional hobbies. In addition to the card games and community events I already mentioned, there was bowling, floor curling, and casino visits. Linda says it was a giggle to come up behind Net during a trip to Las Vegas, just in time to see her kneeling under a slot machine, with both hands shoveling money into her purse.

Grandma also collected more special coins; she was a regular customer of the Royal Canadian Mint, not just casinos. In addition to poring over the dates and details of coins, she exercised her brain with crosswords and word searches, and she also loved taking photos. Even if the overly precise directions for our group shots were agonizing at the time, they now feel endearing. It was important to her that she capture special events and people on film. Eventually, photography led to scrapbooking – supplemented with time spent researching family history. She was also consistent about documenting the goings-on around her, and her journals were a source of info regarding each year’s first snowfall and hummingbird visits.

Let’s not forget the love shown through food. Many of us have good memories of Grandma’s cooking, and especially her baking. “Lazy Daisy cake” was a consistent response when I asked my family what I should mention here today, and there were other delicious examples as well. When Shelley wanted donuts, for example, she’d get one of her boys to call and ask for them – knowing Grandma couldn’t easily tell them no, and the kids loved the donut assembly line.

I wish we had more of Grandma’s recipes. The ones I do have are pretty vague and I can’t say I’ve been successful following them. During my best attempt to make “Melting Moments” long after Grandma had stopped baking herself, I offered her one of the cookies and she turned to my mom and said, “Mine are better.” I guess I should just stick to her other trick: When something is getting past its best-buy date, just pop it in the microwave and freshen it up a bit!

Here’s some things my Grandma didn’t like. Netta hated that she didn’t have a middle name (especially since all her siblings did). And she didn’t like losing at the games I mentioned earlier. As Kristi says, Grandma had a good poker face – until she started losing, or until the rest of us got too distracted. Many of us will remember the outrage of not knowing “who knocked?!?!” during a particularly loud game of 31.

She seriously disliked being wrong, to the point of being blind and deaf to the possibility of such a thing. One time, Linda realized Grandma was lost and followed her around town, honking to get her attention. None of the honks provoked any response because, “It must have just been some asshole honking for no reason.”

That moment aside, she had a good sense of humour. She spent several years driving around with a fake foot hanging out the back of her car to mimic someone being stuck in the trunk. She liked cheesy jokes from newspapers, and would read them aloud (usually more than once) with such tenacity it was as if she had written them herself. Then, onto the fridge they would go!

Fortunately or unfortunately, you can only put so many things on a fridge.

You can’t put a pillow fight in a hotel room on the fridge, even when it almost gets you kicked out of the hotel. There’s also no good way to depict that time you went down a waterslide and got “stuck” on the bottom of the pool because no one told you to stand up. You can’t – or at least you shouldn’t – keep track of all the times you tricked a granddaughter into seeing fake deer out the kitchen window. Or the time you tried to be sneaky and help Tyson hide the burn on his wrist after he overheated a car he wasn’t even supposed to be driving.

It occurs to me that we’d all be better people if we channeled the attitudes of grandparents who have managed past the harder parts of raising kids and making a living. Grandma took good care of us grandkids, and showed immense patience.

As another example, she taught several of us to play tile rummy, and sat with us for many hours as the game spread across her kitchen table – long after any sane adult would stop. She also showed us the finer points of crib; even after she didn’t reliably know my name, she could still beat me at that game.

Grandparents aren’t supposed to play favourites, but Net always had rave reviews of Logan’s on-stage performances, and it was only Tanner that she asked to model for a giant pumpkin.

Seriously though – and as Trevor has noted – there was a quality she brought to greeting us with bright eyes, a joyful smile, and an enthusiastic hello. These simple celebrations of being together offered a sense of belonging. And the bigger celebrations were memorable too. She loved easter egg hunts, giving Christmas gifts, and birthday parties (even if she didn’t always fully get the messages on the cards, right Kyle?). She seemed happiest when we all piled into her house at once.

We were so lucky to have these times as a family, and I hope there are many more to come.

On a less happy note, I feel like I lost my Grandma a long time ago. Dementia is a cruel, cruel illness and I think the last decade has meant we’ve all been grieving in various ways for a long time – not just the past week. But I’ve noticed something interesting in these last few days. It’s almost as if my earlier memories have been freed up. They’re no longer blocked by the reality of what happens when dementia worsens and then collides with pandemic-induced isolation. During this last week, I notice that I can more easily remember what Netta was like before these diseases entered our lives.

So, let’s remember her as she was: honest, principled, and genuinely interested in all we had to offer the world. In short, she was pretty gosh-damn great.

One thought on “Goodbye Grandma”